Your Guide to 13 Spooky Travel Destinations This October

As a travel healthcare professional, sometimes you have to make compromises when considering your next travel job. Whether you’re willing to take a less appealing shift for your dream travel nursing contract or stay in a less desirable location for a higher pay rate as a travel therapist, the choice is completely up to you!

“Spooky” probably doesn’t come to mind when considering your next assignment location, but these haunted destinations have a lot to offer healthcare travelers this fall. Let us know if you would consider visiting these ghostly haunts for the right contract this Halloween!

13 Haunted Locations for Your Next Travel Assignment 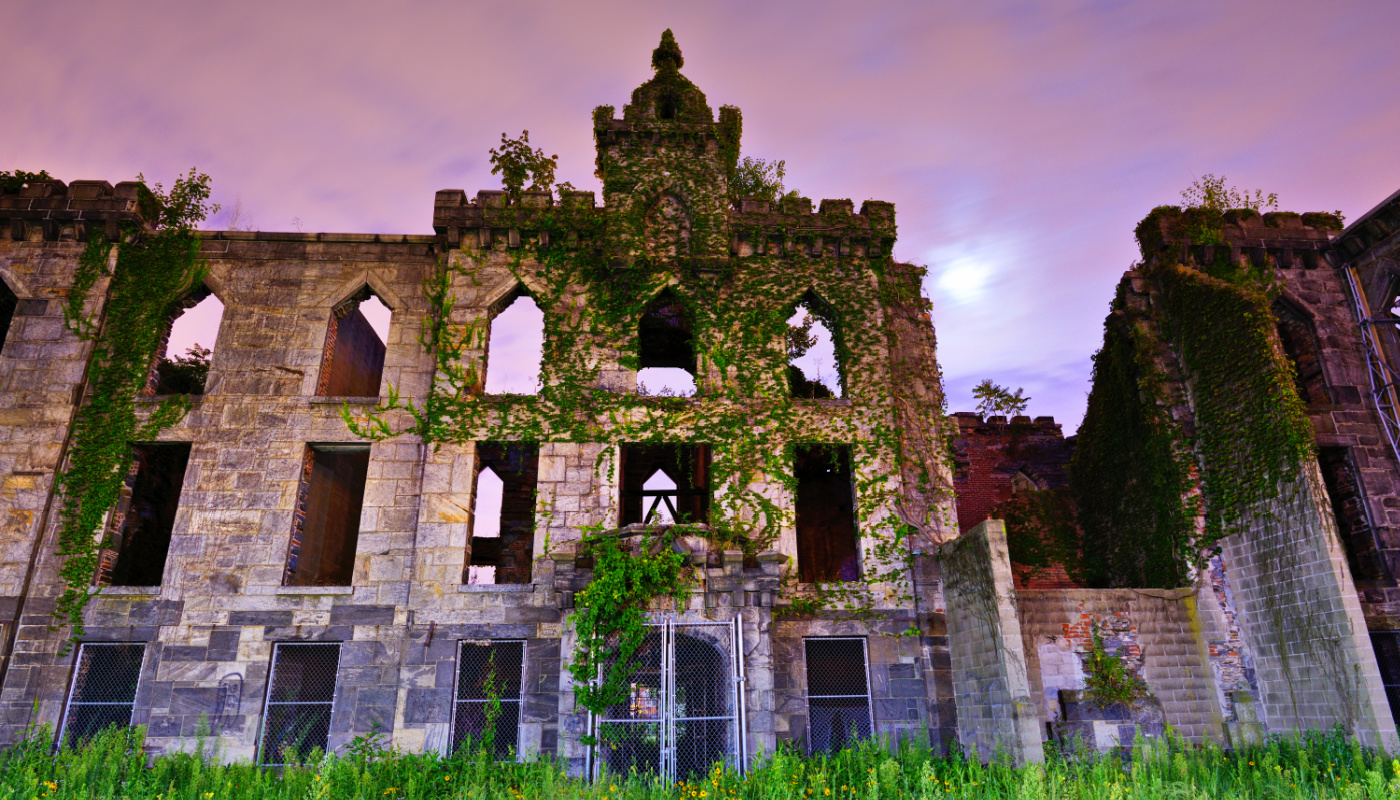 The Renwick Smallpox Hospital operated from 1856 to 1875 on what was formerly known as Blackwell’s Island. It was meant to keep sick patients isolated from the general population as it was mainly accessible via ferry. Although there was access to a vaccine by this time, New York City was still experiencing outbreaks of smallpox. Once the hospital was moved to North Brothers Island, the building was converted into a dormitory for nurses in 1875.

A century later, after falling into disrepair, the hospital was declared a city landmark. No major work has been done to renovate the structure or open it to tours, but the walls have been reinforced to maintain what is left of the ruins today. Located on the southern tip of Roosevelt Island, the hospital ruins can be seen if you take the tram from Manhattan, or the ferry from Astoria, Long Island City, or Wall Street. Good thing travel nurses don’t have to worry about working here!

Would you visit the hospital ruins for the right travel contract in New York? 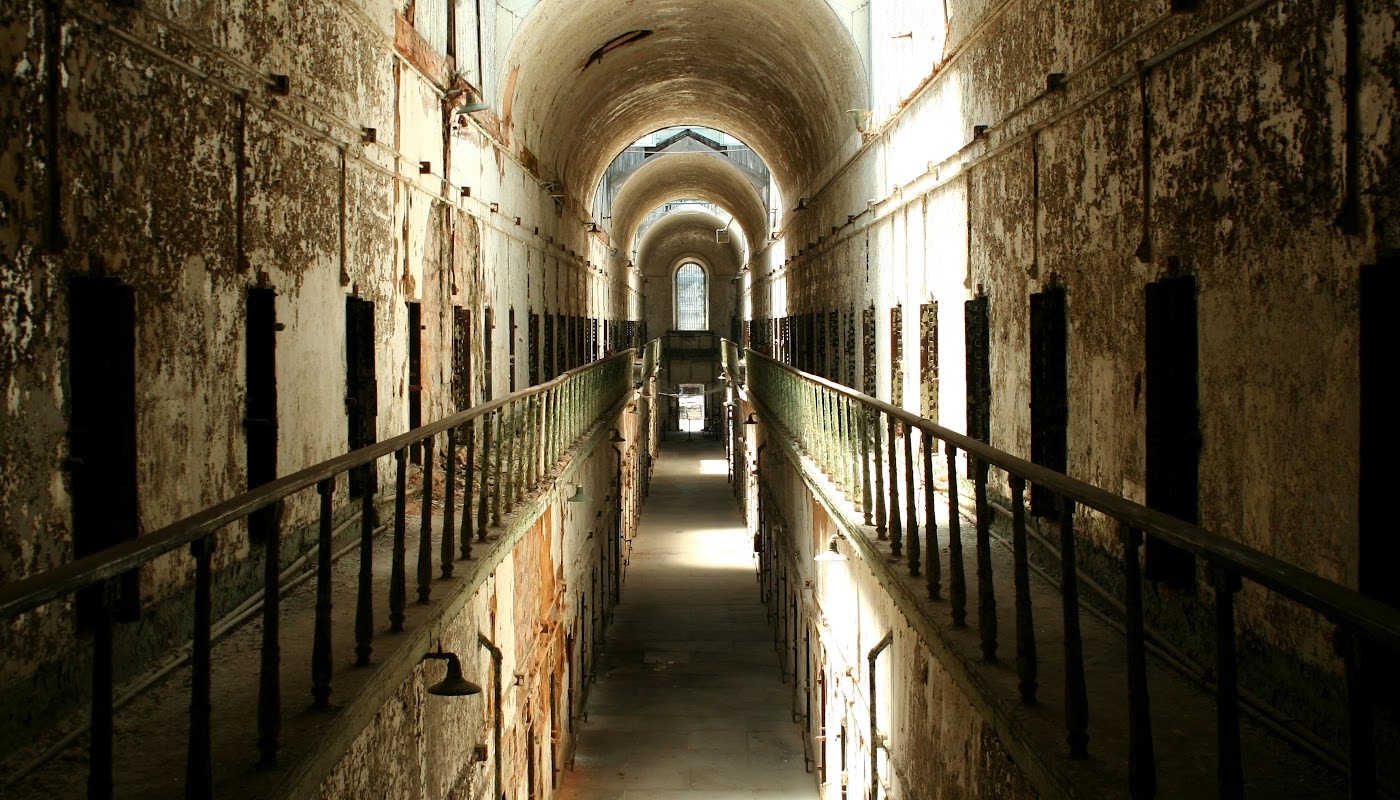 At the time of its construction, the Eastern State Penitentiary was the largest and most expensive structure built in the United States as well as the world’s first “penitentiary.” 300 prisons were modeled after it and ESP remains one of the most famous prisons to this day. Its cells once held notorious criminals like Al Capone and “Slick Willie” Sutton. Luckily you won’t find any healthcare travelers on assignment here.

Currently a U.S. National Historic Landmark, the prison now operates as a museum with both daytime tours as well as Halloween events in the evenings throughout October. There have been reports of footsteps, wailing, and voices throughout the prison as well as a silhouette of a guard in one of the towers. These ghostly experiences have been corroborated by visitors, staff, guards, and inmates alike, so enter the prison, only if you dare.

Would you tour the prison during your Pennsylvania travel assignment?

Sica (pronounced SHE-cha) is the Dakota word for ‘evil’, which is a rather chilling name for a state park. Dakota legend tells us that a stranger called Hand came to the Hallow but disrespected the land and the traditions of the tribe. The tribe called upon a spirit to help banish him and he was ultimately destroyed, although it is said that his evil still remains in the Hallow.

If that wasn’t enough to convince you, you can see it for yourself. Streams in the park actually run red from underground iron deposits, especially around Halloween, making the water look eerily similar to blood. Visitors have reported strange glowing lights and moans and screams echoing in the water. Feeling brave? Travelers can check out the eight miles of the Trail of Spirits on their day off, where dark forces are the most prominent. Spooky!!

Would you hike in this state park for the perfect travel assignment? 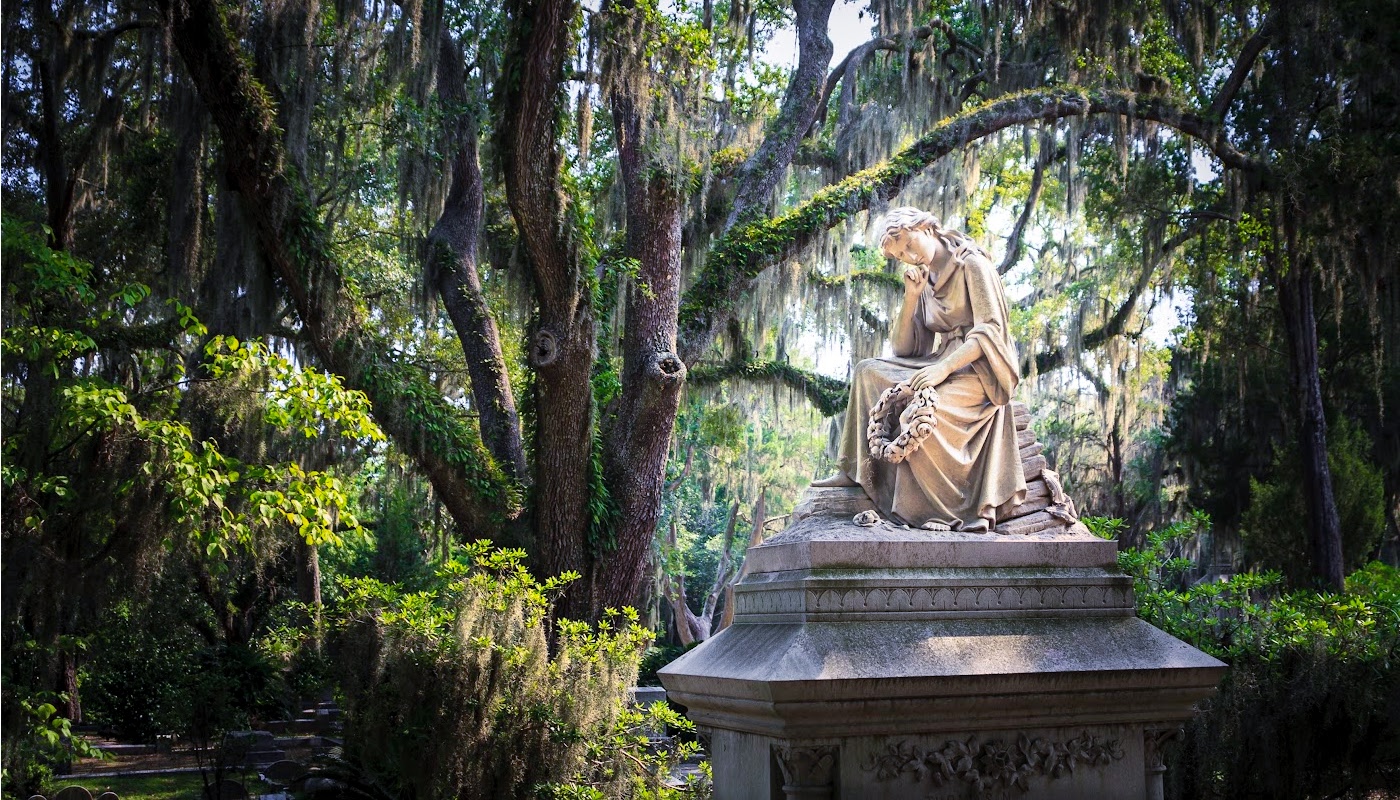 Savannah is often referred to as “the most haunted city in the United States,” so it’s no surprise that a spooky graveyard makes the list for best haunts. Before it was a cemetery in 1846, Bonaventure was once a plantation.

Many locals use the area as a park and although the setting is beautiful, many visitors are drawn to the site because of the spirits that supposedly haunt the grounds. While some hear laughing or crying, others have seen some statues’ faces change as they approach them. Maybe it’s best not to check out the cemetery after a long night shift!

Would you visit the cemetery while on a travel contract in Georgia? 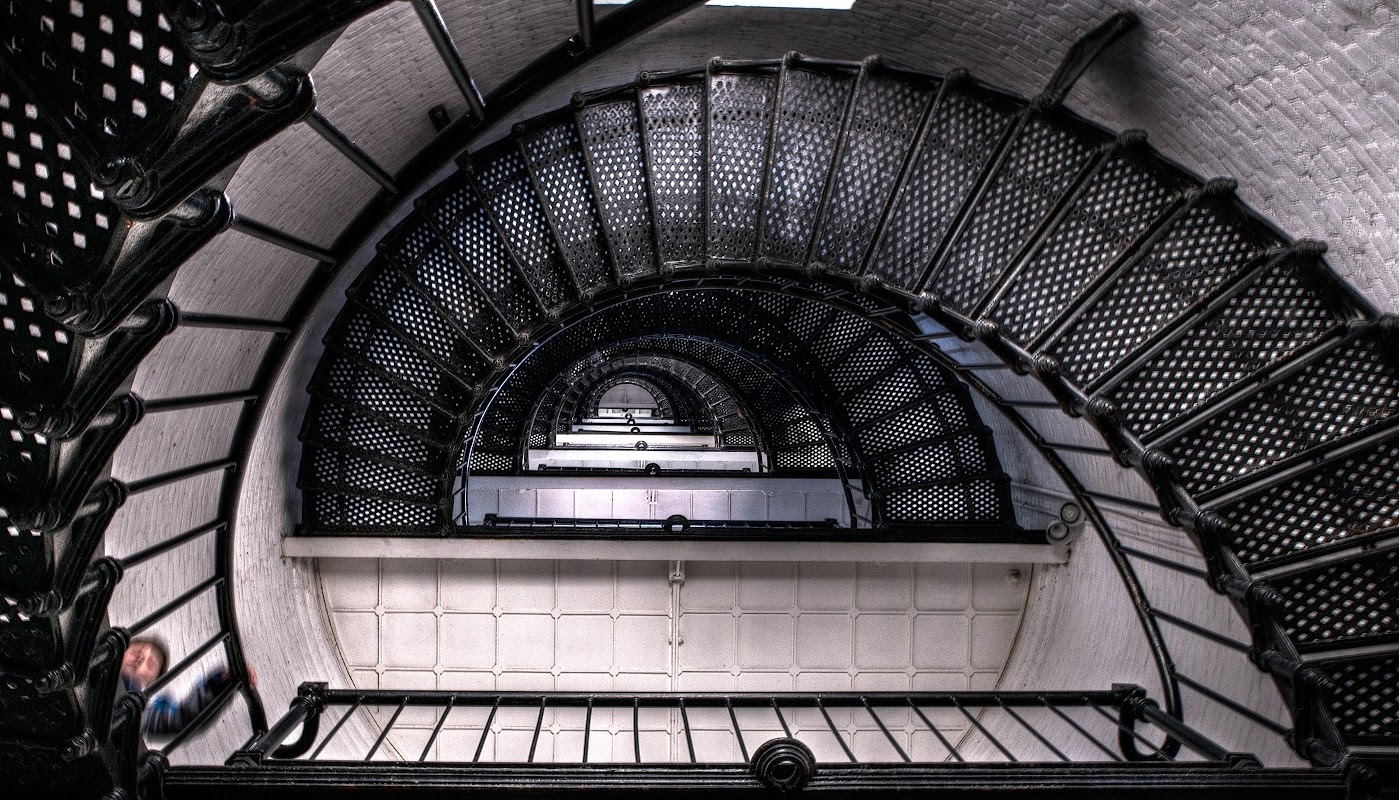 As the first lighthouse and oldest surviving brick structure in the city, St. Augustine Light Station was originally built from 1871-1874. It’s still a working lighthouse today and offers tours, including some evening and moonlight ones. Visitors can climb the 219 spiraled steps to the top for some incredible views, including some of a paranormal nature. It’s a great destination for healthcare travelers that are looking for a little cardio on their day off!

The haunted history of the light station includes a lightkeeper that can be seen at the top of the lighthouse. Sadly, he fell 60 feet to his death while painting it over a century ago. But perhaps the most famous ghostly encounter you’ll have in the lighthouse is with that of two children. These sisters tragically drowned while playing on the property and their spirits can be heard laughing at the top of the tower late at night.

Would you tour the lighthouse on your travel assignment in Florida?

Opened as a sanatorium in 1910 by The Board of Tuberculosis Hospital, Waverly Hills existed under its own zip code as its own self-contained community. Patients, nurses, doctors, and other employees became permanent residents because of the need to quarantine the tuberculosis patient from the rest of society. The “white plague” was ravaging the area as well as the rest of the country.

Travel nurses and healthcare professionals beware! With many deaths happening during its time in operation and rumors of experimental treatments that proved as fatal as the disease itself, many believe the grounds to be haunted. There have been a number of paranormal investigations on-site and the sanatorium also offers guided tours and Halloween events.

Would you visit the sanatorium for the perfect travel contract in Kentucky? 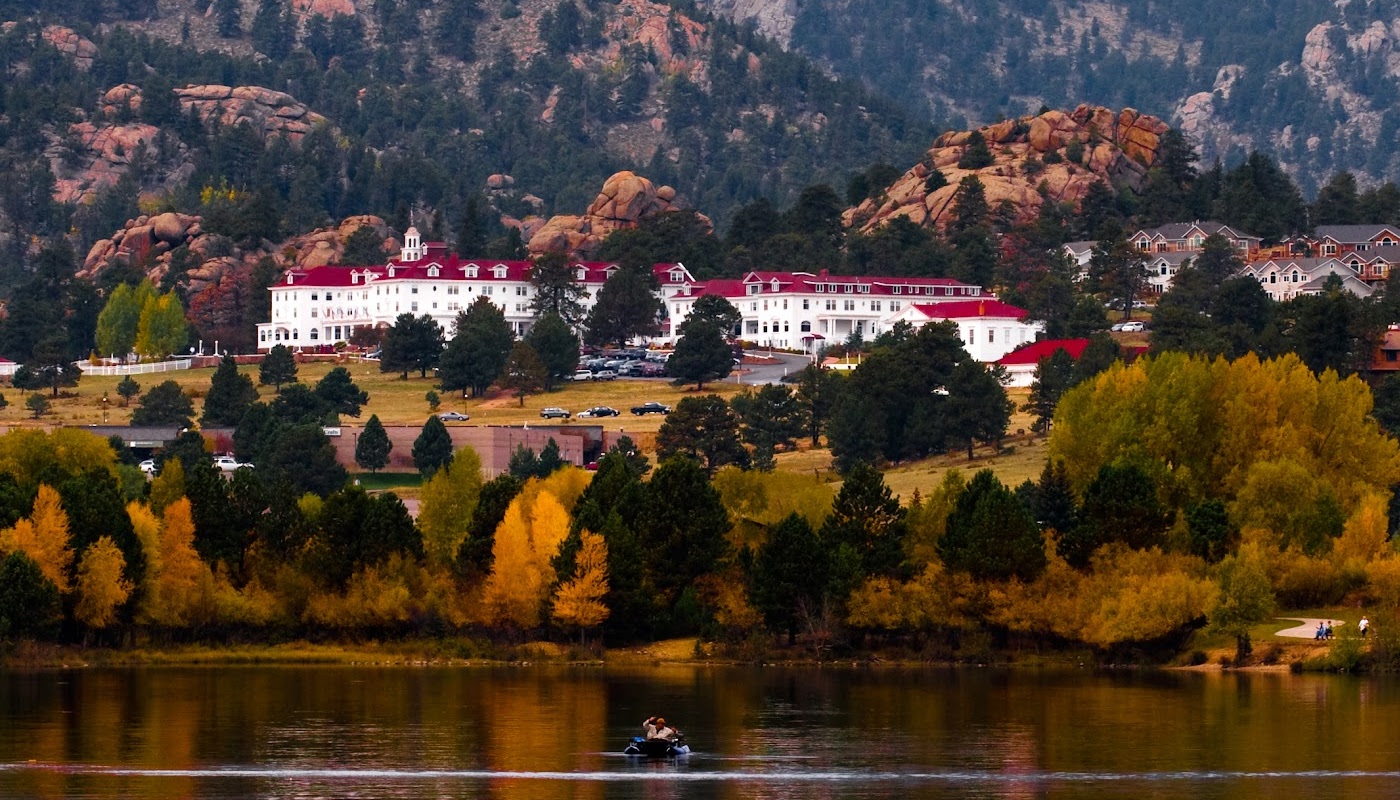 Just minutes from Rocky Mountain National Park, the Stanley Hotel is probably best known as the inspiration behind the Overlook Hotel in Stephen King’s novel, The Shining. A lesser-known fact is that it also inspired another one of his novels, Pet Cemetery, because of its on-site pet cemetery.

Although Kubrick’s film adaptation was not filmed onsite, there are plenty of nods to The Shining in the hotel and on the grounds, like an intricate hedge maze. The hotel offers nightly ghost tours and psychic consultations but encourages guests to decide for themselves if the Stanley Hotel is actually haunted. Either way, horror-loving travelers will love this haunted destination!

Would you stay at this hotel for your dream travel assignment in Colorado? 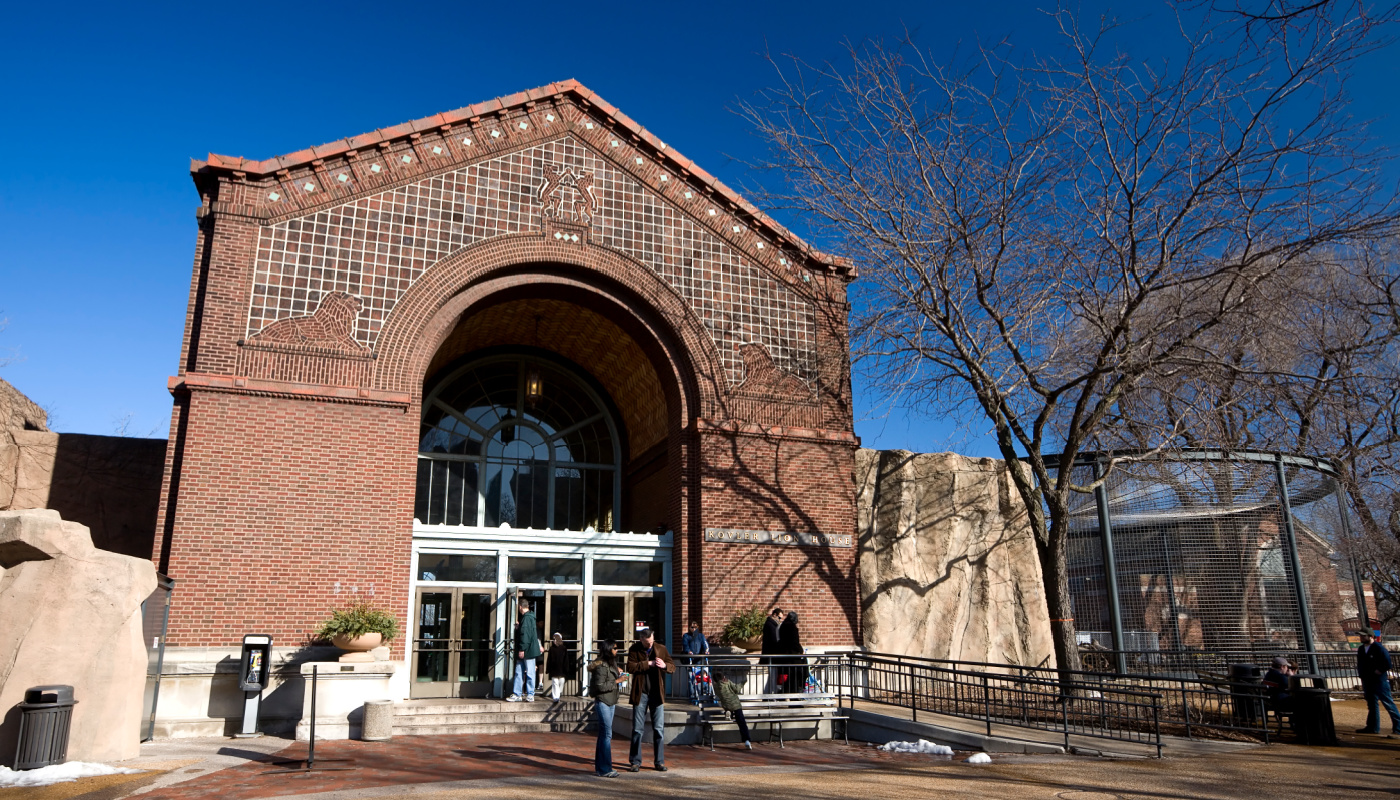 Despite what you may think, there are no ghostly animals wandering around at the Lincoln Park Zoo. It was originally the city’s cemetery from 1843 to 1859, but when it was moved, some 12,000 bodies were apparently left behind!

One apparition of a woman has been seen in the Lion House (pictured above), wandering amongst visitors. She also appears behind guests in the mirror of the ladies’ restroom at the same exhibit. Occurrences of doors slamming and lights flickering have also been reported to the zoo over the years. Grab your braveest travel nursing friends and check out this eerie zoo on your next assignment.

Would you visit the haunted zoo on a travel contract in Illinois? 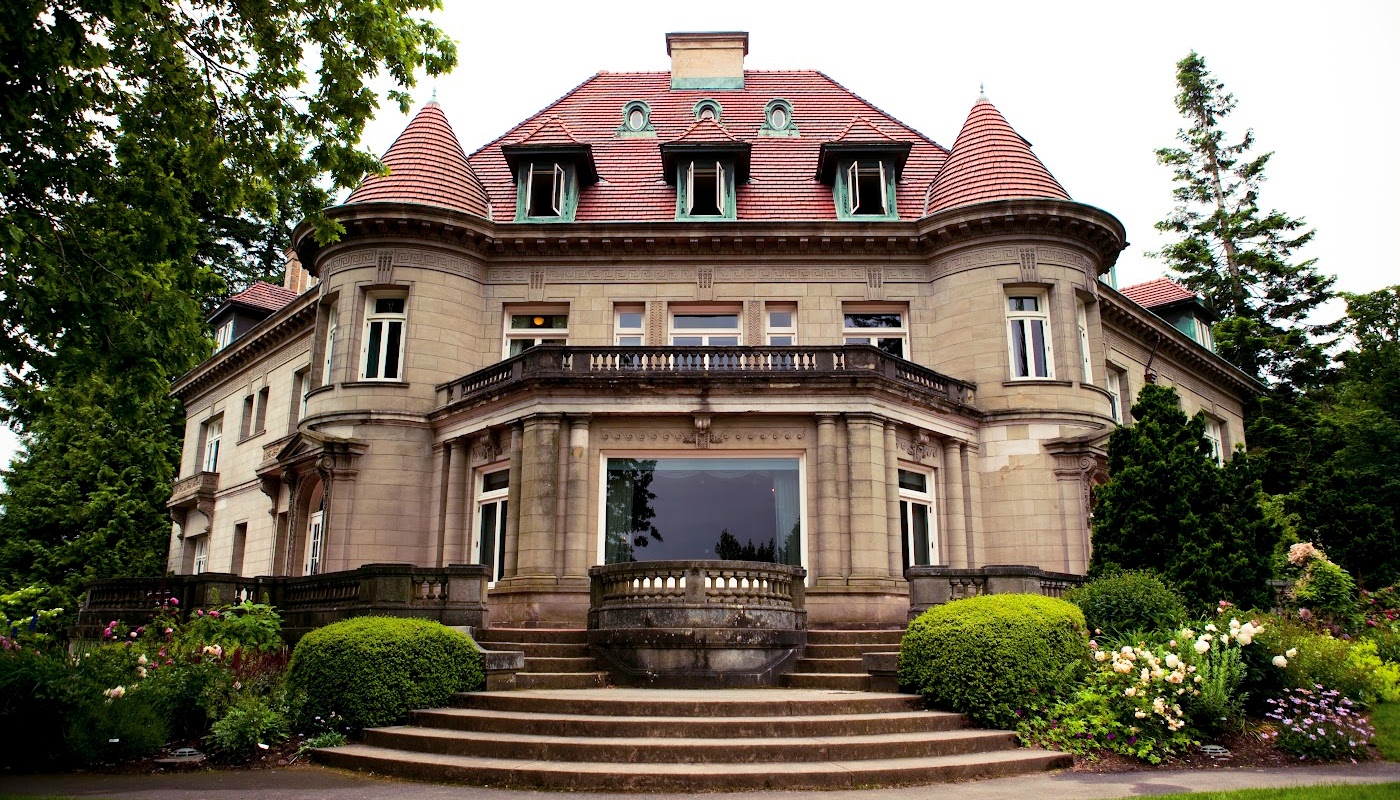 9. Pittock Mansion in Portland, OR

This estate was built in 1914 for owner Henry Pittock and his wife, Georgiana. Unfortunately, they did not get to enjoy their summer home in retirement for very long: Georgiana died only four years after moving in and Henry did as well the following year. It sounds like they may have been in need of some proper home health care!

The home opened up to the public in 1965 and the visitors have reported paranormal activity throughout the years. One supernatural occurrence involves the smell of flowers in a room that has none, attributed to Georgiana since she was an avid gardener. There is also a childhood painting of Henry that moves from room to room around the mansion.

Would you check out the ghostly mansion during your travel contract in Oregon? 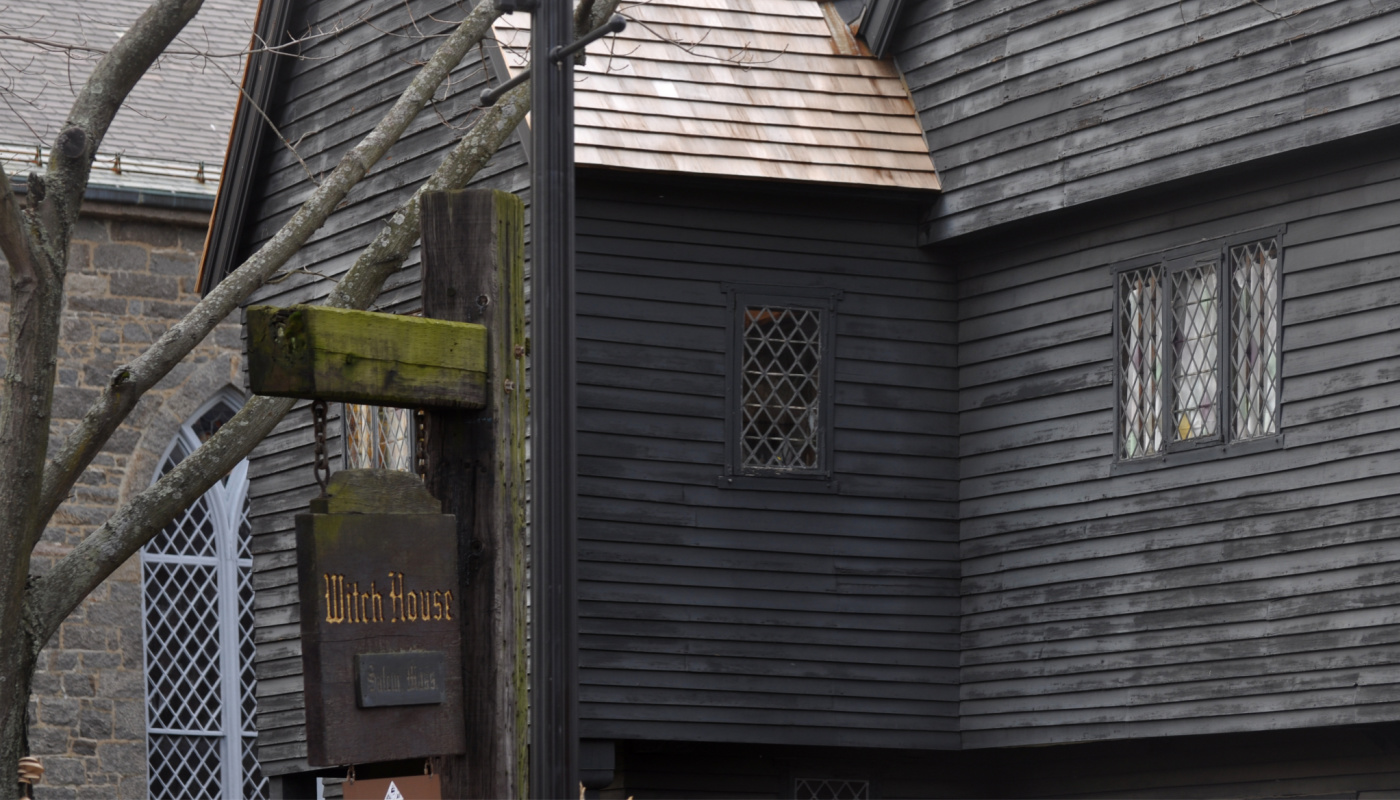 Less than an hour’s drive for travel nursing and healthcare professionals around Boston, Salem has a haunted history surrounding the Salem Witch Trials of 1692. Although none of the accused “witches” resided in the Witch House, Judge Jonathan Corwin, the principal resident there, oversaw the execution of the 19 innocent victims.

Today it operates as a historic museum, with many visitors reporting paranormal activity in the house. Beware of ghostly whispers and feeling chills down your spine. After your tour, check out the rest of the town. There are plenty of witchy sites in Salem to see!

Would you take the spine-chilling tour while traveling in Massachusetts? 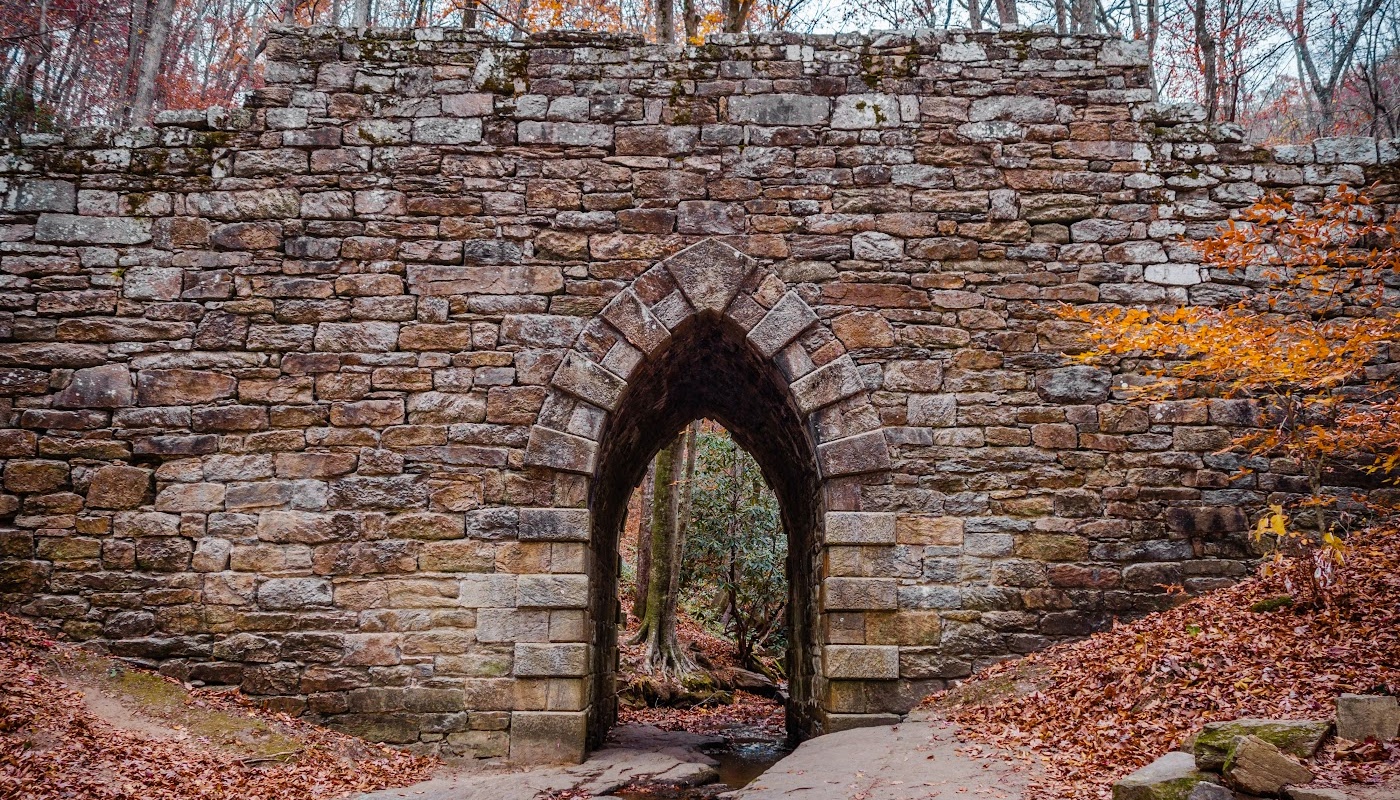 In a remote setting surrounded by the mountains of Greenville County sits one of the oldest bridges in South Carolina. By day, it’s a quiet escape for travelers into nature; Little Gap Creek runs gently through the bridge. At night though, it’s a different story.

Be careful staying at the bridge past dark! Visitors have reported trouble starting their cars as they try to leave. There are also tales of bright lights out of nowhere, figures in the darkness, and disembodied screams in the forest.

Would you visit the creepy bridge for the right travel assignment? 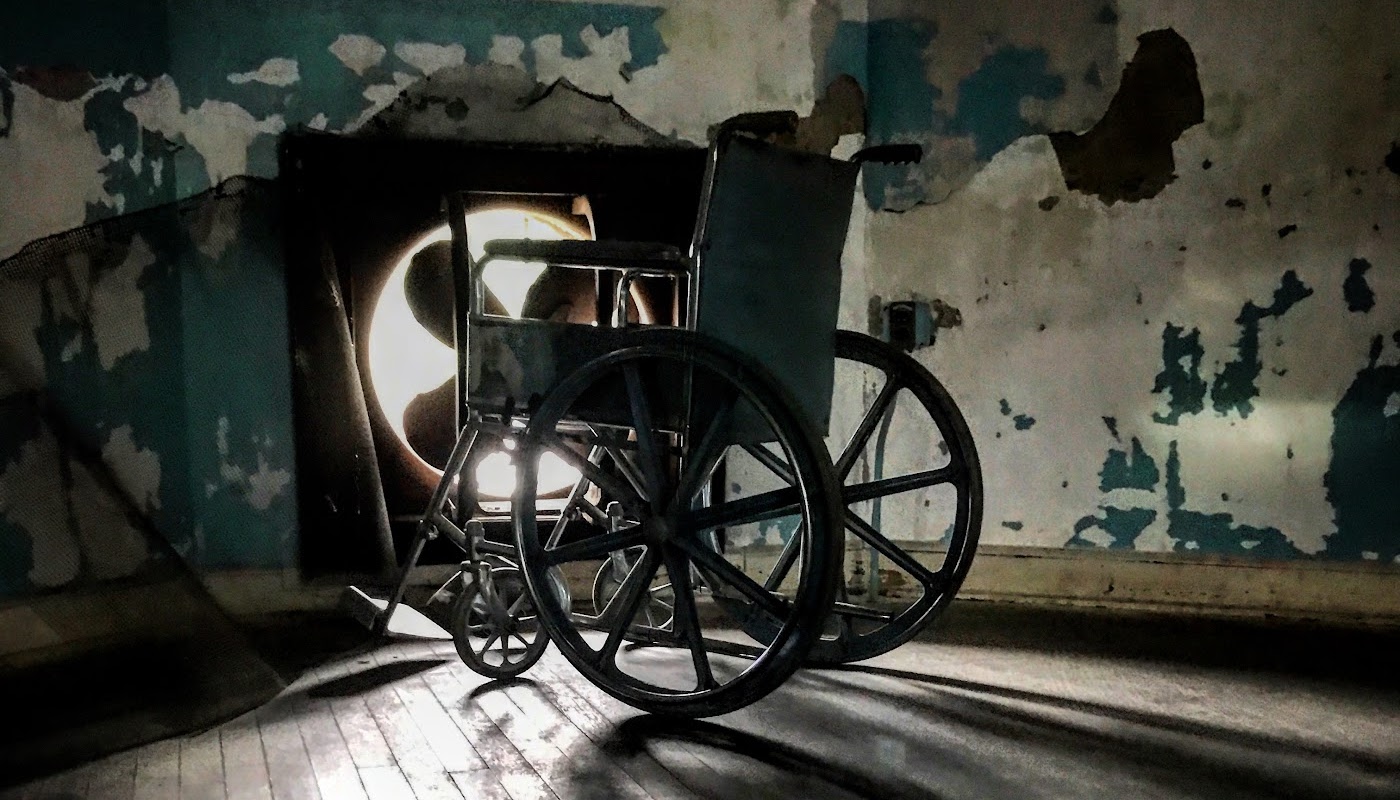 Once known as the Weston State Hospital, this asylum was home to thousands of patients with mental illnesses. Originally designed in the mid-1800s to manage up to 250 patients, that number went up to almost 2,400 by the 1950s.

It’s fair to say that the hospital is still haunted by its residents after years of poor conditions, overcrowding, and questionable treatment of its mental health patients. But don’t be afraid, there are no psychiatric or behavioral healthcare jobs here anymore. Now run as a tourist attraction, the asylum currently offers history and ghost tours through mid-November.

Would you check out the asylum for a great travel contract? 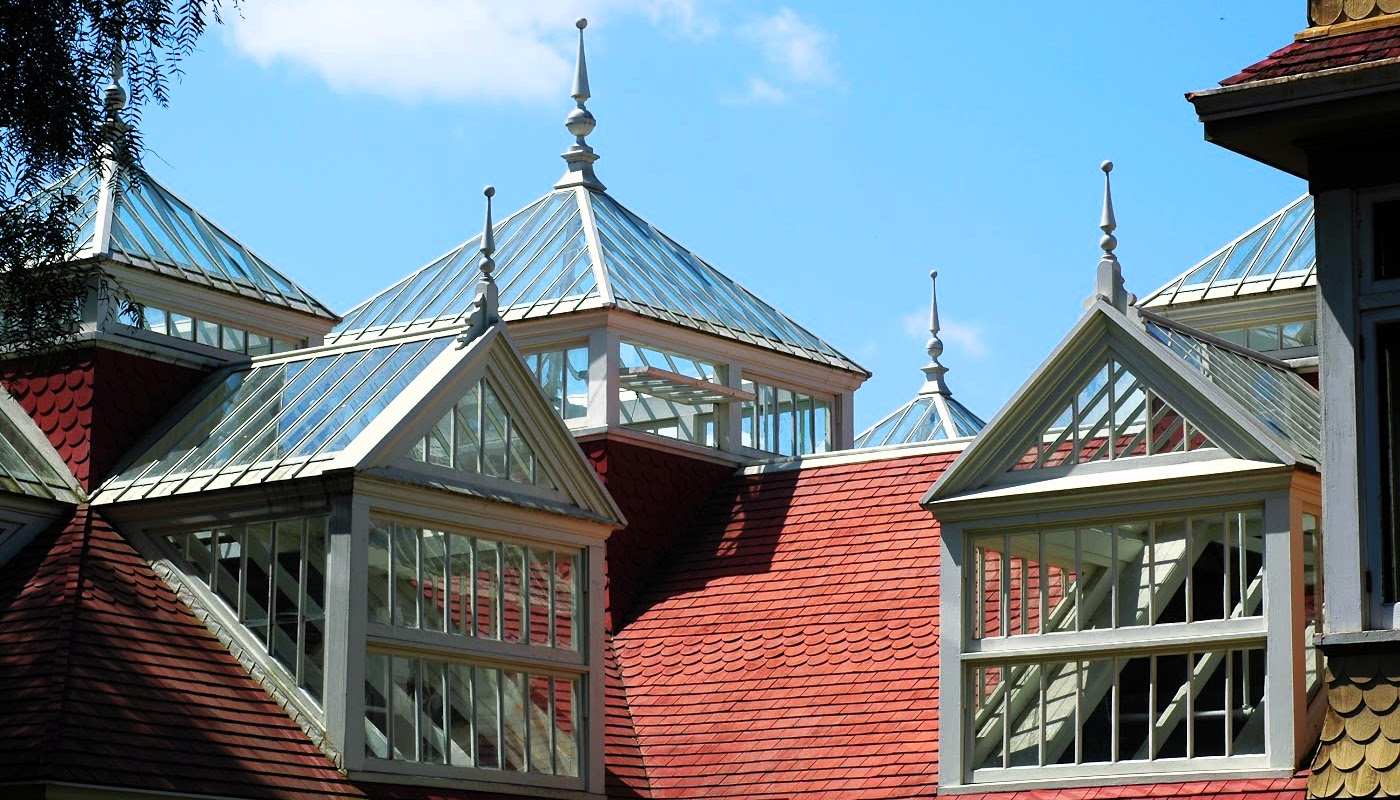 Since its construction in 1886, the Winchester Mystery House has been an oddity. After losing her husband and child, Sarah Winchester was convinced she was cursed. She was told by a medium to move west and build a house for the spirits of the victims killed by Winchester rifles to live in.

The house was designed haphazardly, without an architect, including doors and stairs that lead nowhere, stairs with unusual risers, and windows overlooking other rooms. Construction on the home was continuous until Sarah’s death in 1922.

The house is now open to the public and offers tours and a paranormal investigative adventure, All Hallows Eve. The perfect spooky stop for travel nurses and therapists!

Would you wander the mystery house for your dream travel assignment?

Supplemental Health Care has travel nursing and healthcare job opportunities across the country in a variety of specialties and settings. Whether you’re looking for a hospital, long-term care, school, home health, or corrections assignment, SHC’s dedicated divisions can help find the perfect travel assignment for you. Contact us today to get started!